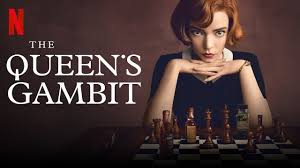 The Queen’s gambit TV show rates as one of the best in 2020, especially in the chess community. The TV show has made chess so popular. It got high praise for the technical setup of its depiction of chess.

The TV show teaches
us about the type of openings in chess. The opening is the first phase in the
game of chess. It is the initial moves made in the beginning. Funny enough, Queen’s Gambit is a type of opening too.
The Sicilian Defense is another type
of opening. Apart from the opening phase, other phases in chess are the middle
game and the end game.

Checking the
statistics since the beginning of the pandemic, chess has gained massive
popularity and it has been getting four times as many new members as usual in
the last few months. Since the Queen’s gambit TV show debuted, chess app
downloads on the  Play store have
increased. Among puzzle games on the iPhone, the chess app has moved to third
and second positions in the US and UK respectively.

The Principle Of
Opening In Chess