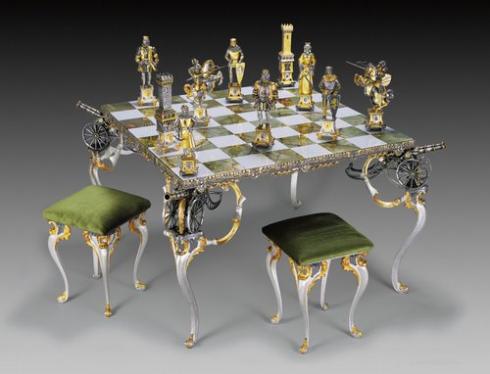 Pawns kept the idea of the infantry and grew to represent the peasants from a court. They were considered expendable pieces, as the entire game was built around protecting the court. During the phase of Medieval Chess, however, these pieces were given a little more substance, and each particular Pawn was generally given a name relating to a certain commoner’s occupation. Some Pawns were considered to be city guards, farmers, merchants, doctors, and innkeepers. While these special ranks did not denote anything special upon the Pawns, it attempted to give a little more story to the game of Chess and make things a little more diverse.

The Caro-Kann: Advance Variation has a simple idea behind it. White pushes their pawn to gain space in the center. This however has a drawback and that drawback is that that move allows black to bring their bishop out to f5 and then play e6 leaving them with a super-solid fortress in the center without having to worry about a trapped bishop on c8. It is however considered playable for which and is actually thought to be one of the best continuations for them. Still you have to work hard to crack black’s position.