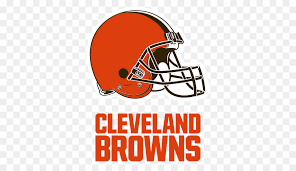 Although expectations were high coming into the season, Robin Spann remains optimistic going forward. Born and raised in Cleveland, the diehard fan offers his take on the storylines that have defined the Browns’ 2021 campaign so far.

The offense started out hot. Unfortunately, it cooled off quickly. Since Week 3, the team has scored more than 14 points just twice. Even worse, the Browns have failed to produce more than 10 points in half of their games. The team sits near the bottom in nearly all efficiency-based statistics, including 24th in third-down conversion rate. Baker Mayfield’s mounting injuries have obviously impacted the team’s performance. The quarterback is signed through 2022, but Robin Spann points out that decisions must be made on whether to extend his contract or let him go.

While the defensive unit has kept the team competitive, it’s been pretty pedestrian in most categories. However, that doesn’t mean there aren’t any bright spots. Myles Garrett is a bonafide superstar. The Pro Bowl defensive end leads the entire league in sacks (14.0) and is second in tackles for loss. Although the unit ranks in the middle of the pack in takeaways, emerging stars John Johnson III and Denzel Ward are both tied for 10th in the NFL, with 3 interceptions each. Robin Spann expects the young core to continue to improve.

The path doesn’t get any easier. In fact, the Browns have the most difficult schedule remaining of all NFL teams. None of the their upcoming opponents have a losing record, posting a combined 35-20-1 record. After losing to the Baltimore Ravens already, the team faces them yet again. A matchup with the Green Bay Packers, who own the league’s best record at 9-3, is also looming. Without a significant overhaul coming out of the bye week, it seems unlikely the Browns can claw back into the playoff picture. Like usual, Robin Spann and other fans will just have to keep their sights set on next season.